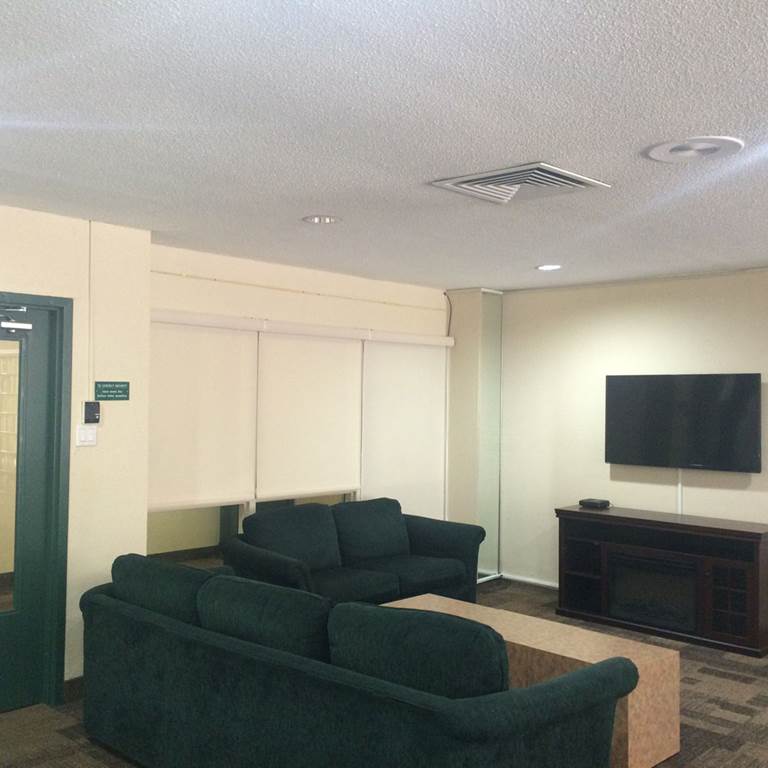 After setting up your personal home theatre with its ideal features built in, it’s time to fill in the details that transform the room into a film haven. In Part 2, we’ll lay out the rest of the must-have features:

Just as you did with the blackout blinds and motorized blinds, make sure the room lights are remote-controlled as well! They should also be connected to dimmer switches. Imagine how cool it would be to slowly turn down the house lights right before the film starts – just like in a cinema!

Taking another page from the cinemas, run LED lights around the edges of any stadium steps you’ve built. You can also do the same along the baseboards of the room or just plug in a nightlight near the door. It’ll make it easier and safer for people to find their way through the dark while the movie is still playing.

And now we get to the whole point of having a personal home theatre in the first place! For the big screen, you can either go with a projector screen like in the theatres or a big-screen HDTV. A projector screen allows you to watch a film that fills the whole wall if you like. You just have to make sure you get a good-quality LCD projector and that you really clamp down on light pollution. An HDTV limits your screen size, but its quality is less affected by the environment it’s in. Remember though that a larger screen size is not necessarily better. It depends on how big the room is as well as how far back the seats will be.

There used to be an epic debate about whether plasma or LED TVs are better. That debate has died down over the years now in favour of LED TVs.

A proper surround-sound system is also important for an immersive film experience. The 5.1 speaker arrangement is pretty much the standard for decent surround sound. It consists of six speakers: left and right front stereo speakers, two surround speakers, a centre channel speaker, and a subwoofer. Depending on the dimensions of your room, you may have to play around with speaker placements until you get a surround-sound quality to your liking.

Think about how you like to sit during movies at home. If you’re a sprawler, oversized sectional sofas or leather recliners would be perfect for you. Don’t forget to keep throw pillows and warm quilts handy nearby to snuggle in.

And if you like to snack during a movie, make sure to put in tray tables or end tables to place the snacks. You don’t want to hold them on your lap, only to fling them up in the air during an adrenaline-rush part of the film.

A great idea to decorate your walls is to put up mounted posters of your favourite movies or fan art. Avoid frames with glass fronts though as glass reflects light and sound. You don’t need that ruining the theatre vibe. Another idea is to hang heavy curtains or even tapestries along the wall, which adds another soundproofing element to the room.

And that’s a wrap! Now, turn the lights down low and press “Play”.